At the Law Office of Joseph P. Villanueva, we understand the importance of aggressively fighting a traffic ticket. We know that sometimes a ticket can mean the difference between keeping a license and losing a livelihood. With more than 20 years of experience, we provide strong legal representation to drivers, truck drivers, airplane pilots, and other clients in every jurisdiction in New York State such as Westchester County, Rockland County, and the surrounding areas.

There are many different traffic law violations, both criminal and non-criminal, for which traffic tickets may be issued. The point values assigned to traffic tickets are based on the severity of the violation. If you were pulled over and issued a traffic ticket, you will have a choice to hire our law firm, plead guilty, or defend yourself. If you were issued a summons, it is prudent to have our experienced attorney fight for you. Non-criminal violations like speeding are handled by local city courts or the Department of Motor Vehicles’ Traffic Violations Bureau, while criminal violations are handled in criminal court. Our traffic ticket attorneys can represent New York drivers in either setting.

Driving while intoxicated is a crime for which you can face significant penalties. You can be charged with DWI if you operate your car with a blood alcohol concentration of at least .08, even if you were not impaired while driving. Alternatively, you can face a driving while intoxicated charge if you operate a car while impaired by alcohol to a substantial extent. In most cases, a first offense is charged as a misdemeanor. You can face a maximum of a year in jail, a fine of $500-$1,000, and at least a six-month license revocation. Moreover, in New York, if you get a second DWI conviction within five years of a first conviction, you can face felony charges. If your blood alcohol content is less than .08%, but your driving has been impaired by alcohol, you can be charged with driving while ability impaired (DWAI), which is a less serious crime.

Crimes must be established beyond a reasonable doubt. While this is a difficult burden to meet, most prosecutors do not bring charges unless they have gathered some evidence that weighs against the defendant. Criminal charges may be felonies, which are more serious crimes, or misdemeanors. They can involve crimes such as drug offenses, weapons or firearms violations, domestic violence, assault and battery, or theft. What must be established depends on the crime at issue. For example, drug charges in New York include possession, sale, manufacturing, and trafficking, as well as possession of drug paraphernalia. For a first drug offense, your attorney may be able to negotiate an abbreviation for adjournment and contemplation of dismissal. In other cases, such as when evidence of drugs was obtained through an illegal search and seizure, it may be appropriate to challenge the way in which evidence was obtained.

If you need a traffic ticket lawyer in New York, or if you have been charged with a crime, you should consult Joseph Villanueva Attorney At Law. We will work to develop a strategy that protects your rights and provides you with a strong chance of a favorable outcome. Call us at (800) 893-9645 or (914) 723-7900 or contact us via our online form. 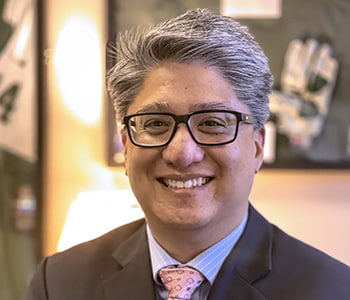 Mr. Villanueva is a founding partner and lead trial attorney of Joseph P. Villanueva, Attorneys At Law. He received his Juris Doctor from Hofstra University School of Law and his Bachelor of Arts from Stony Brook University.
From his first day in law school Mr. Villanueva knew he wanted to try cases. His passion for trial advocacy ultimately resulted in him being chosen as a member of Hofstra University’s prestigious national trial team.

VIEW MORE
Client Reviews
★★★★★
“I was extremely pleased with the friendly yet professional service that I received in resolving my legal issue.” Karen K.
★★★★★
“Joseph Villanueva and staff made the whole process so easy and gave me the peace of mind that I didn't receive points against my license. Well worth the money!” Linda P.
★★★★★
“Best attorney I’ve worked with. Stayed in contact throughout the whole process. Gave me frequent updates and always replied back to me within an hour. Definitely recommend.” Nikki C.
VIEW MORE
Submit a Law Firm Client Review
Contact Us