Under the New York City Human Rights Law and Westchester County Human Rights Law, it is also illegal for employers to discriminate against victims of domestic violence, sexual abuse or stalking. Federal, state, county and city laws may provide additional protections from discrimination. 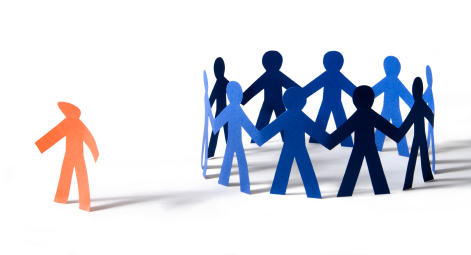 We represent employees who have employment-law related claims under Federal statutes including but not limited to Title VII of the Civil Rights Act of 1964 (Title VII), the Family and Medical Leave Act (FMLA), the Americans with Disabilities Act (ADA), Age Discrimination in Employment Act (ADEA), Consolidated Omnibus Budget Reconciliation Act (COBRA), Employee Retirement Income Security Act (ERISA), Uniformed Services Employment and Reemployment Rights Act (USERRA), and other federal laws that protect against discrimination. We have represented employees in federal court and before the Equal Employment Opportunity Commission (EEOC).

Federal Law: Family and Medical Leave Act (FMLA)Our lawyers represent employees regarding FMLA rights or who have been denied their FMLA rights.  FMLA is a federal statute however some states have additional protections such as New Jersey.  It is important to consult with an attorney experienced in FMLA matters.

Generally, eligible employees may take up to 12 weeks of unpaid leave in a 12 month period for serious health conditions under the FMLA.

For example, if an employee’s mother is diagnosed with cancer and the employee must stay home from work in order to care for her, the employee is entitled take up to 12 weeks of unpaid leave within the following 12 month period to care for her mother.

In addition to the protected categories under Federal law, we represent employees who are discriminated under New York State Human Rights Act, which also prohibits discrimination based on sexual orientation, marital status, criminal conviction and record. We have represent current and former employees in state court and before the New York State Division on Human Rights.

We represent employees who have been discriminated against under the New York City Human Rights Law, which prohibits discrimination based on the federal and state classes as well as sexual orientation, criminal arrest or conviction or status as a victim of domestic violence. We have represented current and former employees before the New York Commission on Human Rights.

Employers are prohibited by law from retaliating against employees who report or make good faith based complaints of employment discrimination.