About Our Firm:  Villanueva & Sanchala, PLLC has represented hundreds of criminal defendants in Westchester County.  The firm has a successful trial record.  If you need an attorney, call them at 914-723-7900.

DWI Defense: If you are charged with a DWI, you can be facing either criminal or felony charges. If you are convicted, you can be sentenced to a length jail term, probation, and pay significant fines. An adult conviction will result in a permanent criminal record which cannot be sealed.

Send us an E-Mail 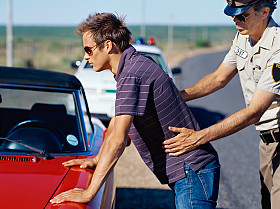 "Per Se" Blood Alcohol Concentration (BAC) Level
As of August 2005, all states have DUI laws that deem "per se intoxicated" any driver with a blood-alcohol concentration (BAC) at or above .08 percent. This means that drivers with a BAC at or above .08 are intoxicated in the eyes of the law, and no additional proof of driving impairment is necessary.

"Zero Tolerance" Blood Alcohol Concentration (BAC) Level
All states carry "zero tolerance" laws that target drivers under the legal drinking age. These laws penalize persons under 21 for operating a vehicle with any trace of alcohol in their systems (a BAC above 0.0), or with negligible BAC levels such as .01 or .02 percent.

"Enhanced Penalty" Blood Alcohol Concentration (BAC) Level
Many states impose harsher penalties on DUI offenders with a particularly high BAC at the time of the offense, typically .15 to .20 percent. DUI offenders with a BAC at or above their state's enhanced penalty standards will likely face additional jail time, harsher fines, and more severe driver's license sanctions.

"Implied Consent" Laws
"Implied consent" laws require vehicle drivers to submit to some form of chemical test, such as breath, blood, or urine testing, if suspected of DUI. If a driver refuses to submit to such testing, implied consent laws carry penalties such as mandatory suspension of a driver's license, usually for six months to a year.

Note: Persons arrested for DUI will be subject to additional criminal law penalties not addressed here -- including jail time, fines, and community service. Such criminal penalties are typically more discretionary than those identified in this chart, and are therefore more difficult to accurately predict. Generally speaking, first-time DUI offenders can expect to incur a fine, and face the possibility of jail time. Repeat DUI offenders will incur harsher fines, and will almost certainly be sentenced to a number of days in jail. Penalties will be harsher still if the DUI offender was involved in an accident in which someone else was injured or killed.

Administrative License Suspension/Revocation
The Administrative License Suspension/Revocation penalties indicated here refer to minimum mandatory penalties imposed on drivers whose BAC is above the state limit for intoxication, or drivers who refuse to submit to BAC testing. Administrative suspension or revocation of a driver's license is usually carried out by a state agency (such as a Department of Motor Vehicles), distinct from any criminal court penalties. Most states impose harsher penalties for second or third DUI offenses, typically defined as those that occur within five years of a prior DUI offense.

Note: the penalties identified here do not include variations for DUI offenders operating commercial vehicles, or drivers who have violated "zero tolerance" and "enhanced penalty" DUI laws (see Table 1). Most states recognize different sanctions for these types of DUI offenses.

Mandatory Alcohol Education and Assessment/Treatment
Alcohol education and treatment/assessment penalties for DUI offenders can include mandatory attendance at DUI prevention programs, and assessment of potential alcohol dependency problems. Such programs are often made "conditions" of a suspended sentence or probation, meaning that a DUI offender can avoid jail time and payment of hefty fines if he or she completes participation in the program. This chart indicates each state's utilization of alcohol education and treatment/assessment programs.

Vehicle Confiscation
Vehicle confiscation penalties allow a motor vehicle department or law enforcement agency to seize a DUI offender's vehicle, either permanently or for a set period of time. Such penalties typically apply only to repeat DUI offenders, and often the return of the vehicle requires payment of fines and significant administrative costs. This chart indicates each state's utilization of vehicle confiscation as a penalty for DUI.