Speeding Ticket Myth: Cop Must Show up to Court 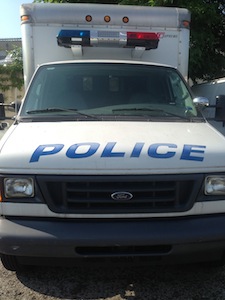 In my speeding ticket defense practice, I represent a large number of motorists outside of the Traffic Violations Bureau (TVB) court system. In other words, most of my client’s have received a ticket in a place other than Rochester and the five boroughs of New York City.

While it is true that an officer must appear and be trial ready in the TVB system, the same is not true in the Town and Village Courts around New York State.

At trial, this may be a different story. If you appear at a pre-trial conference and your speeding ticket cannot be settled, your case may be set down for a trial. At the trial, the officer is required to appear. If the officer does not appear at the trial, you may be entitled to a dismissal. The presiding judge has discretion whether or not your case should be dismissed. Some judges will grant an officer a courtesy adjournment based on just cause thereby giving the officer another opportunity to appear in court.

Given this, it will usually take 2-3 court appearances before a ticket can be dismissed for an officer’s failure to appear in court.

Practically speaking, given the amount of time that it could take to resolve a moving violation, some drivers find it cost effective to retain our law firm to represent them. For the vast majority to speeding tickets retained by our firm, our clients are not required to appear in court. Our clients execute an “authorization to appear” giving us authority to act on their behalf.

Side Note: very few cases ever go to trial. It has been reported that less than 1% of all tickets issued are ever contested. A driver’s failure to contest a moving violation could result in large insurance increases, fine, and penalties.

About Our Firm: About Our Firm: At Joseph P. Villanueva, Attorneys At Law we excel at getting New York traffic tickets dismissed or reduced. We have more than 20 years of legal experience and have gained a reputation among our peers as being superb lawyers. Our team of traffic and criminal defense lawyers is lead by Joseph P. Villanueva. He is a former prosecutor. Having a former prosecutor on your side can help in analyzing critical issues in your case. This can make the difference in you keep your license or having your license suspended or revoked. Call us now 800-893-9645