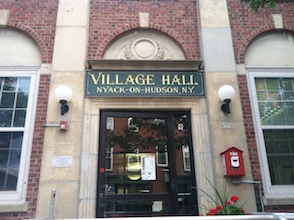 Our firm has successfully represented drivers against thousands of speeding tickets in the Hudson Valley including Nyack Village Court. If you are charged with a speeding ticket, cell phone violation, imprudent speed, or some other violation of the vehicle traffic law, give us a call at 914-723-7900.

Nyack Village Court is located in the heart of downtown Nyack on Main Street. Court is held on the 2nd floor and traffic matters are prosecuted by either the Village Prosecutor or the local police officer that issued the ticket.

Traffic tickets issued by the New York State Police cannot be prosecuted by the their officers. Several years ago, Governor Elliot Spitzer mandated that it was a conflict of interest for the State Police to act as both a law enforcement officer and prosecutor. As such, local municipalities began to retain their own local prosecutors to handle these cases. Note, the Governor’s decision to ban State Police Officers from negotiating tickets did not extended to local municipal police officers. Accordingly, police agencies such as Park Police, County Police, Sheriff’s and local law enforcement can still appear in court and act as both police officer and prosecutor.

Is Nyack Court in session 5 days a week?

The court is considered a part time court. It holds courts on various days throughout the week. The court part is not in session throughout the entire day. The court is maintained by a full time staff. So if you have a question about the payment of fines or requesting an adjournment. Someone will be available to assist you during normal business hours.

What are the likes and dislikes of the Court?

All courts demand respect. It is important that you remember to dress appropriately and to arrive on time. Furthermore, no matter how upset you may be at the court proceeding, you must speak with the utmost respect. In other words, you should not interrupt the court when the Judge is speaking. Furthermore, most courts frown upon members of the audience using electronic devices.

How can your firm defend me against my traffic violation?

Our attorneys have been representing motorist for years. We are familiar with the relevant defenses and will put together the best legal strategy for you.

I’ve already pleaded guilty, can I take back my guilty plea?

Under rare circumstances for good cause, a guilty plea can be vacated. Most court will require you to do so with counsel. If you find yourself in this situation, give our lawyers a call.

About the author: Joseph P. Villanueva is an attorney licensed to practice in the State of New York. He is a former prosecutor and has helped drivers throughout the State fight their speeding tickets and other moving violations.