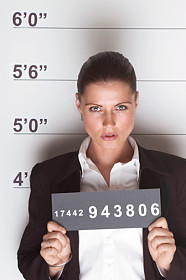 Your License is About to be Suspended. Now What?

If a driver fails to Answer their traffic ticket, NYS has the power to suspend that person’s privilege to drive until they come into compliance with the law.

For the majority of drivers, this is unchartered territory. They begin to panic upon reading the notice of suspension letter from the Department of Motor Vehicles. At this point, many drivers will call our law firm to ascertain whether or not we can help.

Yes, we can help but the need to hire an attorney may be premature. For the average driver, a simple call to the court from where the underlying suspension came from can initiate the proper steps to resolve the suspension.

Note, paying a suspension lift fee does not clear up the underlying ticket. Paying the suspension lift fee simply lifts the suspension. A driver still needs to enter a plea and ultimately work to resolve the ticket. For example, if a driver is charged with speeding 86/65 mph zone, they will have to plead either guilty or not guilty. If they plead guilty, the driver will ultimately be required to pay a fine and surcharge. If they plead not guilty, the driver will be given a date to appear in court to address their innocence.

While a driver is waiting for DMV to lift their suspension, their license is technically suspended. As such, it is not prudent for a motorist to drive their car until they have confirmation from DMV that their suspension is lifted. Driving with a suspended license can lead to criminal charges.

Although this is not dispositive proof that a suspension has been lifted, a driver with a suspension should keep a copy of the suspension lift papers with the court raise seal in their car for at least 6 months after the license has been suspended. Some drivers who are subsequently pulled over for a moving violation with their license still reflecting a suspension have been able to avoid further complications with an explanation to the officer at the scene of the moving violation. Our law firm does not advise drivers to do this; we are simply stating that some drivers have done this.

Some out-of-state drivers have received a ticket in New York while they are on vacation and simply forget to pay or Answer the ticket. Years after the driver receives the ticket, they will go to their local DMV to renew their license and discover that they cannot do so until their suspension in NY is cleared up. In such a situation, some drivers will retain our firm because the time, effort, and proximity to the court make resolving the underlying suspension prohibitive.

Driving With a Suspended License

Driving with a suspended license in New York is a criminal act. This means a driver can be arrested, placed in jail, and have a permanent criminal record which could adversely affect their ability to find work or gain entrance into the school of their choice.

There are many circumstances that can suspend a driver’s privilege to drive. Some of the most common instance includes the failure to Answer a summons, the failure to pay the Driver’s Responsibility Assessment Fee, a conviction to a DWI, failure to pay child support, and the accumulation of too many points within an 18-month period.

There are three levels of a suspended license charge. Two instances are misdemeanors and the most serious charge is a felony. Given the right circumstances, a driver can be incarcerated and be sentenced to a term of probation.